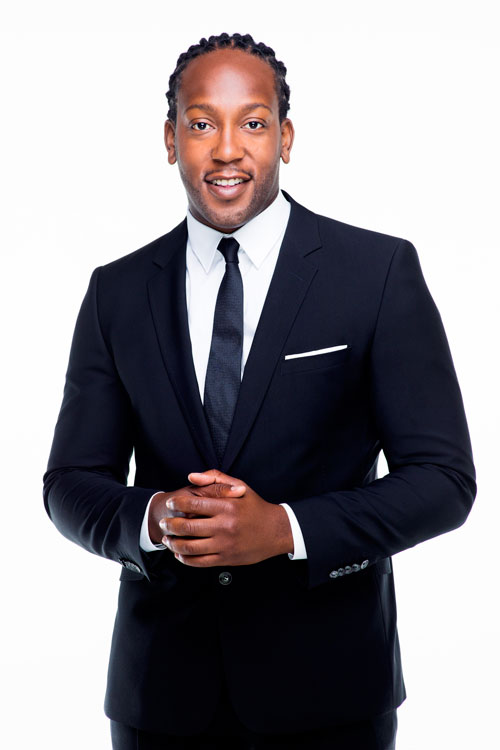 As a host on E! and Much, Tyrone brings his unique personality, pop culture knowledge, and fluid MC abilities to viewers across the country.

Having grown up in Toronto’s west end, Tyrone has always been driven by passion and all things entertainment. During highschool, Tyrone travelled to theU.S. to play basketball at Randallstown High School in Baltimore, MD. From there, a scholarship presented him with the opportunity to attend Hillsdale College in Michigan where he played NCAA basketball while studying Business and Speech. Even though Tyrone had accomplished so much as an athlete, his heart was always rooted in Toronto. In 2005, he returned to the city he loves and ultimately joined Much in 2011.

Most recently, he co-hosted THE 2016 IHEARTRADIO MUCH MUSIC VIDEO AWARDS alongside stunning “it girl” Gigi Hadid. His versatility and enthusiasm has landed him many other gigs, including hosting the MUCH COUNTDOWN, RAPCITY, co-hosting two MUCH MUSIC VIDEO AWARDS red carpet specials, co-hosting Juno Fan Fare, co-hosting multiple WE DAY events across the country, partnering with ETALK hosts for their TIFF Red Carpet coverage, and weighing in as a fashion expert on original Canadian series, CELEBRITY STYLE STORY. In honour of his work as a television host and with numerous charities and foundations supporting underprivileged youth, Edwards recently received the 2016 Mandela Legacy Hope, Success, and Empowerment Award, alongside Naomi Campbell and Reverend Al Sharpton.

Off screen, Tyrone is heavily involved in his community acting as a mentor and coach for underprivileged youth. Having once worked as a camp counselor with Toronto Parks and Recreation, Tyrone went on to found Concrete Hoops, a not-for-profit basketball camp that aims to incorporate life skills with the love of the game. He has also been a program leader with the urban youth-oriented Remix Project, an organization which helps kids from all 13 priority neighbourhoods in Toronto learn the fundamentals of the arts and entertainment business, and assisting them in their educational aspirations.

A community leader and ambassador for youth, Tyrone is also instrumental in creating the love letter to Toronto that is the 1LoveTO blog, which has gone on to be nominated for Best Blog as part of NOW Magazine’s, “Best of Toronto”. 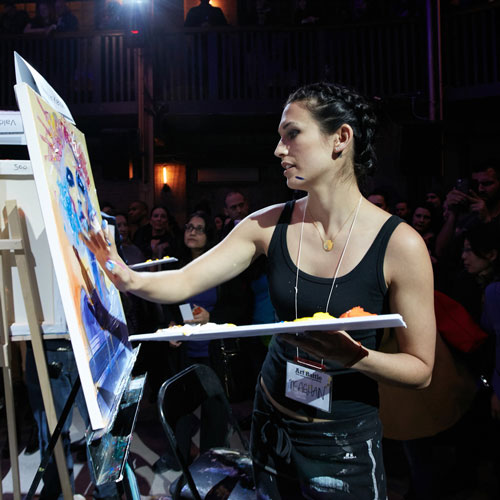 With a passion for contemporary portraiture, Toronto artist Meaghan Claire Kehoe is known for her ability to capture spontaneous moments with vibrancy, insight, and personality. Competing in her first season of Art Battle, Meaghan embraced the live painting community with open arms and loaded brushes. Meaghan represented the city of Toronto in the 2016 Art Battle National Championship. 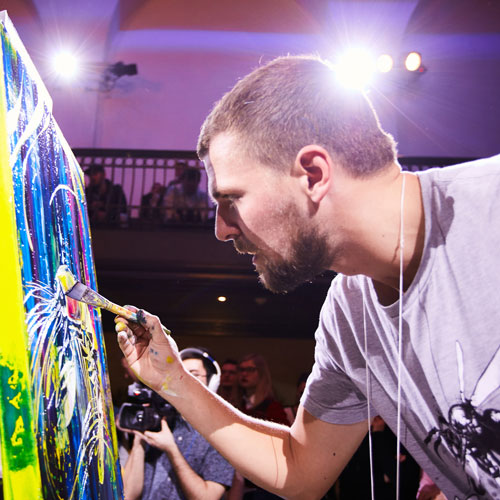 Questioning the divisions enacted by concepts of urban space, nature, and culture, Nick re-imagines the constructed environments of reality. A joyful live painter, Nick’s inventive techniques ensure that each piece is a performance in itself. Nick represented as the Toronto Champion in the 2015 National Championship, and was also the winner of the All-Star Artist competition at Art Battle 500. 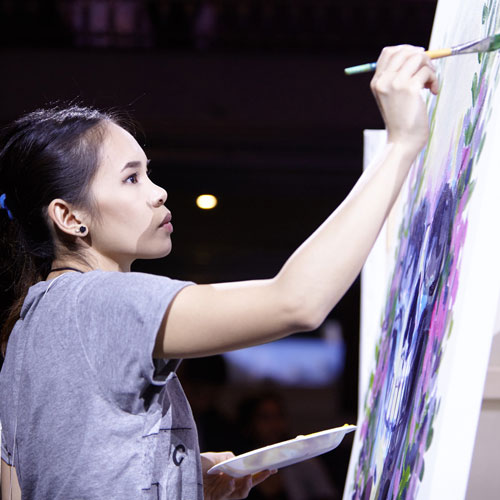 Artist Katrina Canedo seeks to find beauty in the strange and peculiar. Blending surrealist themes with feminine grace and quiet power, Katrina creates works that are at once eerie and beautiful. A 2016 newcomer, Katrina took the competition by storm and has won multiple Art Battle events, executing her live paintings with skill and urgency.

Some Seriously Great People Have Our Back!

Thank you to our generous sponsors for putting the POWER in TEALPOWER.

Let's Get Ready to Battle!
Click Here To Buy Tickets!